Born in the US Army Hospital at Fort Brooke, Old San Juan, Puerto Rico to Félix Méndez, an Army officer, and Toni González, an English teacher. She has two brothers and two sisters. Raised in all girls’ Catholic school from the Spanish order of the Carmelite Sisters of Charity, Colegio Santa Joaquina de Vedruna, where she early graduated in 1972. At the age of 16, she started college, University of Puerto Rico, Mayagüez, PR. Studied mathematics, physical education, education, and German.
She wanted to enter the Discalced Carmelites..., but everything changed. When she was 19, she married Bill, a young ROTC cadet majoring in physical education. After his commission as an Army officer, they traveled extensively throughout Europe during the 8 years that they lived in Germany. He is a Desert Storm veteran, retiree from the Army and US Postal Inspection Service. They have five children and eight grandchildren. They have been members of a consecrated community, the Schoenstatt Family Institute, since 1990.
Mercedes has been active in the Church since she was 12 years old by teaching religious formation to poor children in the mountains of Puerto Rico. She was an active volunteer and held many leadership positions in different military and diocesan parishes, as well as military and civilian communities.
The Vivonis were parishioners at St. Joseph in Arlington for 23 years. During that period, she actively volunteered in many ministries and worked in the office before coming to St. Jude.
She enjoyed playing tennis, racquetball, basketball; bowling, yoga, crocheting, sewing; playing guitar; listening to music; attending Mavs, Stars and Rangers’ games. She was an avid reader. She enjoys shooting and traveling. She has beautiful memories of over 25 countries that she has visited. Her favorite places are Germany, Spain, Ireland, and Israel. Enjoys a good German meal. 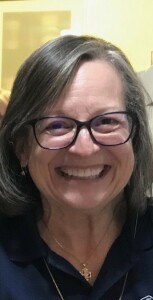