Leonardo Zuno Fernández was born in Guadalajara, Mexico. He discovered his love for serving the Lord through liturgical music by accompanying and directing at a young age. Leonardo has been involved in music ministry in a large variety of settings, including traditional and contemporary ensembles. At the Cathedral Shrine of the Virgin of Guadalupe in Dallas, Texas, Leonardo directed the Spanish choirs from 2012-2013. There, he was also the accompanist to the contemporary ensembles in English and Spanish until 2017. From 2014-2017, he was also the director of the 9 AM mass choir at SMU’s Catholic Campus Ministry, followed by a position as Director of Music at Our Lady of Angels Catholic Church in Allen from 2017-2019. Leonardo feels at home, having returned to St. Jude’s as Co-Director of Liturgical Music.
Having obtained two master's degrees at SMU (in piano performance and pedagogy and in music theory), Leonardo taught courses as an adjunct lecturer at SMU’s Meadows School of the Arts in the areas of music theory, aural skills, and class piano to both graduate and undergraduate students. In addition, he has taught piano for over 20 years and also has experience teaching at the elementary, middle school, and high school levels. He loves being married to his wife and is blessed to have two children. 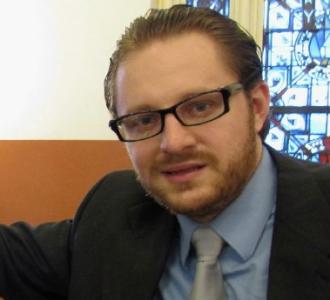