Julie, known to many as Ms. Julie serves as the Middle School and High School Director of Religious Education (DRE) at St. Jude. She began this position on the first of November 2016.
A native of Indiana, Ms. Julie E. Cosby relocated to the Mansfield Area and became a member of St. Jude Parish in 2006. She grew up mostly in rural areas in the Midwest, along with her two brothers and three sisters. She and her husband Roger transferred to the Texas area with the Army Air Force Exchange.
Julie joined the Exchange in 1979 in the United Kingdom as a wife of an active-duty security forces professional. Roger retired from the USAF from Denver in 1994.
Julie retired from the Exchange in 2009 with 30 years of faithful service; she worked throughout the United States and Europe. Her responsibilities included leadership positions at the facility, installation, regional area and worldwide headquarters levels. Her responsibilities include operation management, budget, planning marketing human resource training, communication management. The Exchange employs over 45,000 associates in all 50 states and 30 countries and provides wartime operation support campaigns such as Operation Enduring Freedom and Operation Iraqi Freedom.
During her brief retirement, Julie volunteered at St. Jude in 2009 to help the Sisters of Namur teach English as a Second Language. During those two years, she began her hobby of sewing, quilting spending time with her 11 grandchildren, and caring for her aged father. When Sisters Rita Clair and Cecil were recalled to their motherhouse in Fort Worth, Julie was appointed the Director of English at the St. Jude Center, and she worked with the FWISD until the end of 2016. 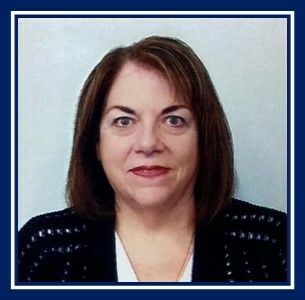